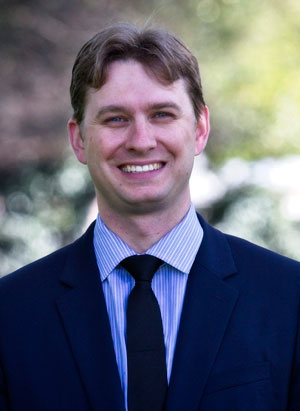 Jackson was born on the central coast of California and raised in a family heavily involved in ranching and real estate. He attended Chico State, graduating with a degree in political science with a pre law emphasis. During his undergraduate education, in addition to working various jobs, Jackson volunteered his time with the Community Legal Information Center working in the women’s law section assisting victims of domestic violence. Additionally, Jackson volunteered with the Mediation Center of the North Valley getting advanced training in mediation and working as a volunteer mediator with the small claims courts. He received his law degree from California Western School of law, where he worked for the City of San Diego’s redevelopment department assisting with contract negotiations and management of various redevelopment projects conducted in the City’s downtown.

Upon graduation and being admitted to the California Bar in 2008, Jackson began his legal career in San Luis Obispo, primarily practicing civil litigation, probate litigation and real property law. In 2011, Jackson relocated to Butte County to take a job with Stott Outdoor Advertising, assisting in a wide array of real estate and entitlement issues on behalf of the company. In coming to Harris, Sanford, and Hamman, Jackson brings a broad base of experience in the practice of civil litigation, real property issues, and probate litigation as well as an understanding of how businesses and governmental entities function. Outside of his practice, Jackson’s main interests involve spending time with his wife Jackie and three sons (Oliver, Dash and Milo) along the mountains and rivers of the beautiful north state.